Column: An FAQ on Ukraine 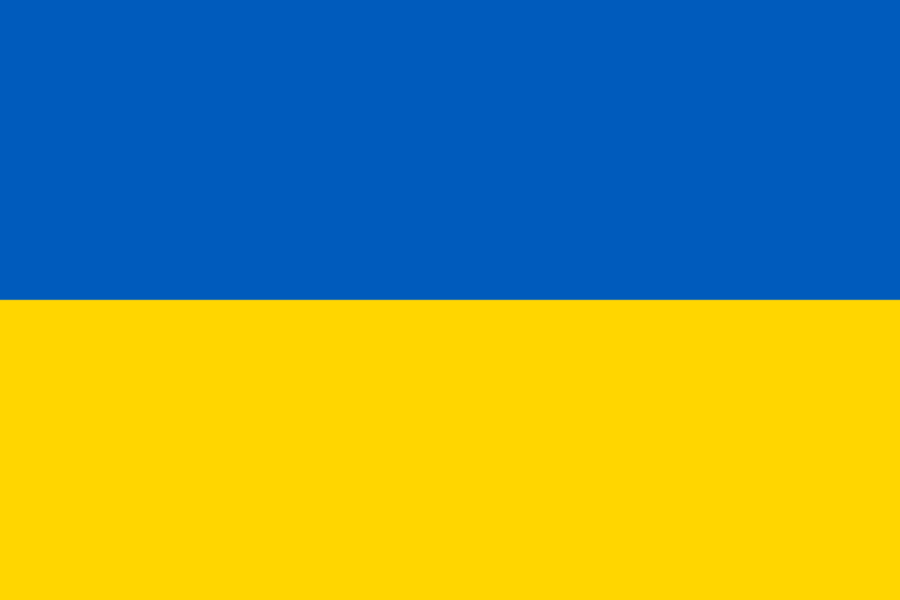 The Russian invasion of Ukraine has persisted for almost two months, leaving thousands of civilians and soldiers dead. The shock of the invasion has prompted what some are calling the realignment of the world order: an end to proxy wars and indirect conflicts between the world’s superpowers, as well as the re-evaluation of their neutrality by some non-aligned nations. Millions of Ukrainians have already fled their country for the safety of their neighbors, with some vulnerable to exploitation and human trafficking. Here is a breakdown of the current crisis, along with answers to some Frequently Asked Questions.

Why is Russia invading Ukraine?

According to Russia, this “special military operation” is designed to secure the independence of two pro-Russian separatist regions, the Donetsk and Luhansk People’s Republics, in eastern Ukraine. These regions claim to be parts of Ukraine that want to be independent but are very dependent on Russian support for survival. To help the Donetsk and Luhansk People’s Republics, the operation had in mind the “deNazification” and “demilitarization” of the Ukrainian government– effectively taking out and replacing the pro-Western Zelensky administration. Russia alleges that the Ukrainian government is filled with neo-Nazi puppets of the West who will do their master’s bidding by joining NATO and bringing America into direct conflict with Russia.

It’s true that neo-Nazis exist in Ukraine, but they do not represent the entirety of Ukraine or its military; in fact, the President of Ukraine, Volodymyr Zelensky, is Jewish himself and has decried Russia’s allegations as preposterous.

Ukraine, because of its long intertwined history with Russia, is a multiethnic and multilinguistic country, meaning that it has many different ethnic groups who speak different languages. The Ukrainian ethnic group, despite centuries of Russian occupation and annexation, have retained their distinct identity and culture, enduring horrors such as the Holodomor: a brutally and meticulously executed famine in Soviet Ukraine during the interwar period (1919~1939) in which many Ukrainians perished.

Ukraine after the fall of the USSR pursued a pro-Western path of democratization, ousting two presidents in decade-apart protests. Seizing upon the internal turmoil within Ukraine, Russian troops entered and occupied the Crimean Peninsula in 2014, an area of southern Ukraine with a predominantly Russian population. They also reinforced the above-mentioned Donetsk and Luhansk People’s Republics, as well as other pro-Russian separatist movements that failed due to Ukrainian government resistance. The stage was set for an eight-year long war in the two areas of Donetsk and Luhansk that collectively form the Donbass, as well as the annexation of Crimea into Russia by a referendum that many in the global community decried as “unfair.”

How is Russia faring in the war?

America and its allies are providing the Ukrainian government with military training, advice, intelligence, and equipment that has proved crucial in helping them defeat the invading Russian military. It’s the consensus of military experts that Ukraine’s soldiers have performed admirably against the Russians despite the latter’s supposed numerical superiority, utilizing weapons such as Turkish Bayraktar TB2 drones and American Javelin anti-tank weapons with great effect.

There are also signs that Russian troops have run into logistics problems that prevent them from receiving the equipment they need; many Russian tanks, armored vehicles, and other items destined for their troops have instead been abandoned, left to be captured hilariously by Ukrainian farmers. Others were not even told they were in Ukraine, leading to desertions, mass killings of innocent civilians, burglaries from shops, radiation poisoning and friendly fire incidents. The flagship of the Russian Navy’s Black Sea Fleet, the Moskva, was also hit and sunk by Ukraine, dealing a significant blow to Russian morale.

Right now, Russia is withdrawing its troops from their attempted encirclement of Kyiv, the Ukrainian capital, and is instead focusing on securing the eastern Donbass region and a “land bridge” of occupied territory to the Crimean Peninsula. It is continuing to engage in diplomacy with Ukraine and others; Antonio Guterres, the United Nations Secretary-General, visited both Kyiv and Moscow over the week of April 25th to negotiate a humanitarian truce for civilians to get to safety. However, given that Russia has violated such lulls in fighting multiple times, it remains unclear whether said truce can be honored. On April 28th, Kyiv was hit by Russian cruise missiles during Guterres’s visit — a gesture interpreted as Russia mocking the institution of the UN and its goal of world peace.

Although Ukraine could very well try to retake this territory, they lack the heavy weapons to do so. To combat this, Congress recently approved a version of Lend-Lease, an American program that supplied weapons and supplies to its allies during World War II, for Ukraine. Along with this program and continued pledges of support, President Biden has asked Congress to provide roughly $33 billion in assistance from the “Arsenal of Democracy.” With foreign volunteers and Ukrainians coming to fill in any gaps in manpower, Ukraine may hopefully be able to launch an offensive campaign to take back its lost areas.

If Ukraine were to win, it could emerge a victorious, democratic nation that stood against the tide of authoritarianism and won. The United States would see a resounding success in foreign policy by keeping the pro-Western government of Ukraine intact and potentially having its pre-war territory retaken. Such a success would be likely to boost pro-democracy movements throughout the world, such as in Iran, Venezuela, Myanmar, Thailand, etc. It could also bring the United States to Russia’s doorstep by possibly adding Ukraine to the NATO military alliance — the exact reason for the invasion of Ukraine.

What sanctions have been imposed on Russia, and how has this affected their economy?

Russia has effectively been turned into a pariah state during this conflict, and the sanctions put on them have gone farther than ever before. Its government likely will be unable to pay its national debt and default on it in the coming months. The United States and the rest of the Western world are seeing this moment as a chance to nip Russia’s expansionist endeavors in the bud for good, and they may not relent until the war ends.

Even if the war ends, however, Russian President Putin may still remain in power, and the West’s sanctions still have yet to go after his country’s biggest export: natural resources such as oil and gas. Enjoying high approval from his people, Putin has chosen to retaliate by closing off these exports that provide critical energy to Poland and Bulgaria.

President Biden, nevertheless, has made it clear that he will differentiate himself from his predecessor by standing up to anti-democratic forces and repairing damaged relationships with allies. The current crisis in Ukraine may be the litmus test for whether his administration can restore confidence in America and its role as the harbinger of human rights throughout the globe.

How can I help?

The safest way to help out would be to donate to charities. Multiple charities are currently running initiatives to support the people of Ukraine in this difficult time. Among them are World Vision, a Christian humanitarian organization, World Central Kitchen, a charity set up by renowned chef Jose Andres, and the Emergency Appeal fund by the Ukrainian Red Cross, the local chapter of the international organization responsible for non-governmental disaster relief. Here’s a list of top-rated charities to help the Ukraine relief effort.