A non-spoiler free review of the most mediocre movie musical to exist, Dear Evan Hansen 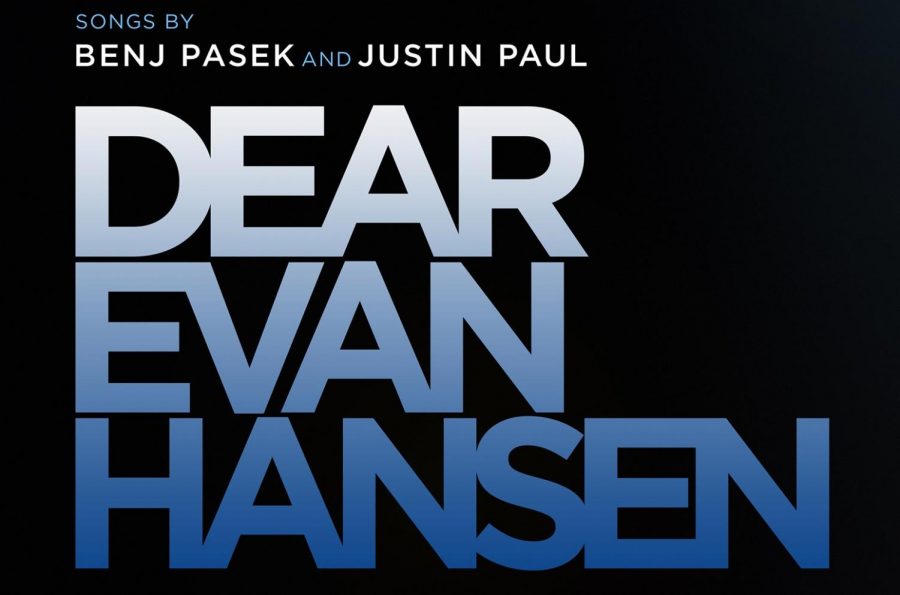 “Cause all that it takes is a little re-in-ven-tion” should not have been the motto of this movie. The movie adaptation of beloved musical Dear Evan Hansen is the definition of mediocre. In an attempt to draw crowds of people who’ve seen the musical along with new fans, they destroyed what once made the story special. Evan becomes the hero nobody wanted him to be.

The musical follows high school student Evan Hansen, who has severe anxiety and depression, and is given a task by his therapist to write letters to himself. Connor Murphy, the so-called “crazy kid” at school, has a brief encounter with Evan where he steals a letter that references his sister, Zoe Murphy. Connor takes his own life with Evan’s letter in his pocket, causing his parents to believe he wrote his last words to his only friend. The musical first premiered on Broadway on Dec. 4, 2016, and it received plenty of recognition. The musical won six Tony Awards, including Best Musical. The movie adaptation was first announced on Nov. 29, 2018.

When stage musicals are adapted into movies, audiences typically critique casting choices and plot changes. My biggest critique comes from the latter.

The casting was the least of the movie’s problems, with most of the actors giving solid performances despite the tough material. Ben Platt, who is 28 years old, played the title character and was given the most grief when the trailer first came out for taking the role of a 17 year old. After watching the entire movie, I still believe it was the right choice to cast him. Despite how bad his hair looks, his age doesn’t affect Evan’s overall appearance. Furthermore, Platt won the Tony for the stage musical, so it would have been hard to deny him the role. His voice and overall portrayal is far superior to other people who have played Evan. Amy Adams, playing Connor and Zoe’s mother, Cynthia, did not change her face for the entirety of the film. Her blank face with a pitiful smile was almost painful to watch. Alana Beck (Amandla Stenberg) and Zoe Murphy (Kaitlyn Denver) had strong performances, balancing their emotions well.

The movie’s biggest mistake was cutting the song “Good for You.” Personally, it’s my favorite song from the musical. It’s crucial to the climax of the story. Throughout the musical, Evan continuously lies and hurts some of his closest friends and family, and “Good for You” was the song where those people finally confronted him. It gives Evan the realization that what he’s doing is wrong. The movie, without the song, makes Evan realize his mistakes on his own. He therefore takes on the role of a “hero” who fixes the breakage between the Murphy’s and himself, which he was never intended to be in the musical.

The Tony award winning songwriting duo, Benj Pasek and Justin Paul, wrote two new songs for the movie after cutting five of the original songs from the stage musical. “The Anonymous Ones,” Alana’s new song, is the better of the two, exploring another side of mental health. Contrary to Evan’s very noticeable anxiety and depression, Alana struggles more quietly despite being president of a variety of clubs. Including another side to mental health and another layer to Alana was a good choice, but only up to a certain point. Some of Alana’s actions, such as publishing “Connor’s” suicide note and lying to the Murphy family, split the mistakes between her and Evan. As a result, Evan appeared more redeemable than he should have been.

Adding to this Evan hero complex was the even more lack of his mother’s presence, Heidi (Julianne Moore). Despite her limited screen time, she performed well, with the song “So Big/So Small” being the highlight. Another song that reached the cutting floor was “Anybody have A Map” which was the original opener, sung by Heidi and Cynthia. It gave the audience insight into Heidi’s character so we don’t feel as disconnected from her. Making Evan an “only child” gives him more empathy and pity from the audience; it’s a built in excuse for him to be a terrible person.

Overall, the musical, the story and the subject matter all fit better on the stage. The majority of the music is solos and duets and being so close to people’s faces that it makes the more emotional scenes seem over-dramatic or like a mockery. Ben Platt teetered on the edge of that offense during “Words Fail.” I’ll give him credit, it is incredibly difficult to have a full mental breakdown on camera and not seem overly dramatic. On the stage, it was a perfect balance, hitting the audience with the just right amount of power and emotion.

Did I cry? Yes. Was it at all related to the movie? No. The movie failed to capture what truly made the musical powerful. The stage created an intimate space for us to feel what all the characters are feeling. It had us conflicted to either hate Evan for his actions or find understanding and empathy for his situation. The movie just made me wonder why they made Ben Platt’s hair that curly.