Gender-neutral bathrooms to be open for student use at North 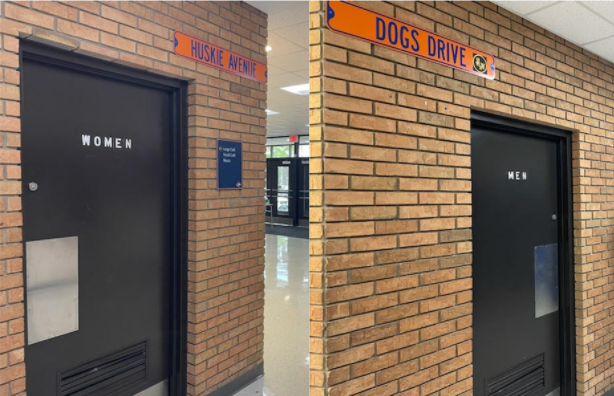 Next week, Naperville North will open a new all-gender bathroom for student use.

The new bathroom, located on the school’s first floor next to the auditorium, has been discussed by administrators for about two years. Now, after over a year out of school and an uptick in student requests, NNHS Dean Jeffrey Farson thought that it was time for North to finalize the plans.

“Now that kids have returned to the building, we do think it’s important to follow up and we’re going to follow through,” Farson said.

Gender-neutral bathrooms have recently become more common in public places, with facilities popping up in grocery stores and workplaces. The trend follows a pattern of increasing acceptance and support for those who do not identify as one of the two binary genders that the current school bathrooms represent: male and female. Naperville North counselor and NNHS Gender-Sexuality Alliance sponsor Oscar Guzman sees the addition as another step towards total inclusivity at North.

“I can tell that Naperville North’s culture is definitely becoming more inclusive. I think this will help contribute to that,” Guzman said.

It’s not only staff that support the new bathroom. Dylan Holman, a senior and president of Gender-Sexuality Alliance club (GSA), says they’re looking forward to the comfort the change will offer.

“I definitely feel more comfortable knowing that there’s an option for us to feel safer, and I’m excited to use it,” Holman said.

Although the bathroom will be available for all students, it will be smaller than most other bathrooms in the school, with only about two to three stalls. This structure does not accommodate the entirety of Naperville North’s student population, but Farson says that no matter the size, the bathroom is there for everyone.

“These bathrooms weren’t designed for 2,600 kids necessarily, but 2,600 kids can use them if they want to,” Farson said.

Farson added that the implementation of the gender-neutral bathroom is ultimately an effort to show students that they are seen and heard at Naperville North, no matter their gender identification.

A second bathroom, originally scheduled to open alongside the first one, is expected to be open for student use by next school year due to construction delays.