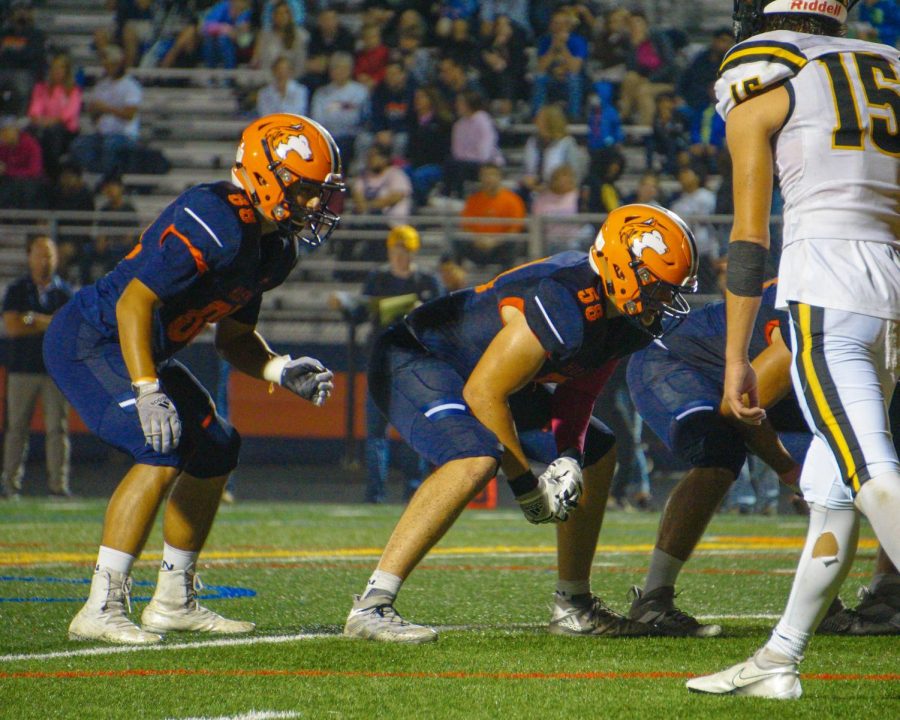 North relied on their running game for most of the matchup, with all four of their touchdowns coming from rushing plays. By the end of the night, they piled up 349 rushing yards.

Trailing for most of the game, the Huskies found themselves down by two touchdowns on multiple occasions. Despite this setback, the team fought hard in the last three quarters to tie the game up. Junior quarterback Aidan Gray attributed their harrowing comeback to sticking to the basics and not complicating things.

“We really rallied together at the end of the game and just stuck to our fundamentals,” Gray said.

After being down 28-14 late in the 3rd quarter, the Huskies pulled through, scoring a last minute touchdown, and put up ten points in the fourth quarter to beat Metea. Head Coach Sean Drendel believes that the team rallied together in hopes of playing in the DVC championship game later this year.

“We want to play in the conference championship, we wanna keep beating teams in Naperville and we just wanna keep moving the envelope a little bit. I think our kids did a great job of finding a way to win tonight when we didn’t play quite our best,” Drendel said.

With 2.4 seconds left in the game, junior David Olano kicked the game winning field goal after the Mustangs used up the last of their timeouts. Olano attributed his readiness for any situation to his dominant playstyle.

“At the beginning, my mentality was that it might come down to me to win the game, so I always try to stay ready,” Olano said.

The Huskies’ drive has always been a crucial part of their winning mentality. Junior linebacker Ryan Anderson felt that the win should be credited to the team’s work ethic at practice this week.

“I think we’re the hardest working team in the DVC. Everyone gave 150% at practice, and I am proud of each and every one of our guys,” Anderson said.

The Huskies take on the Waubonsie Valley Warriors at home next Friday in hopes of making it to the DuPage Valley Conference championship. Kickoff is scheduled for 7 p.m.