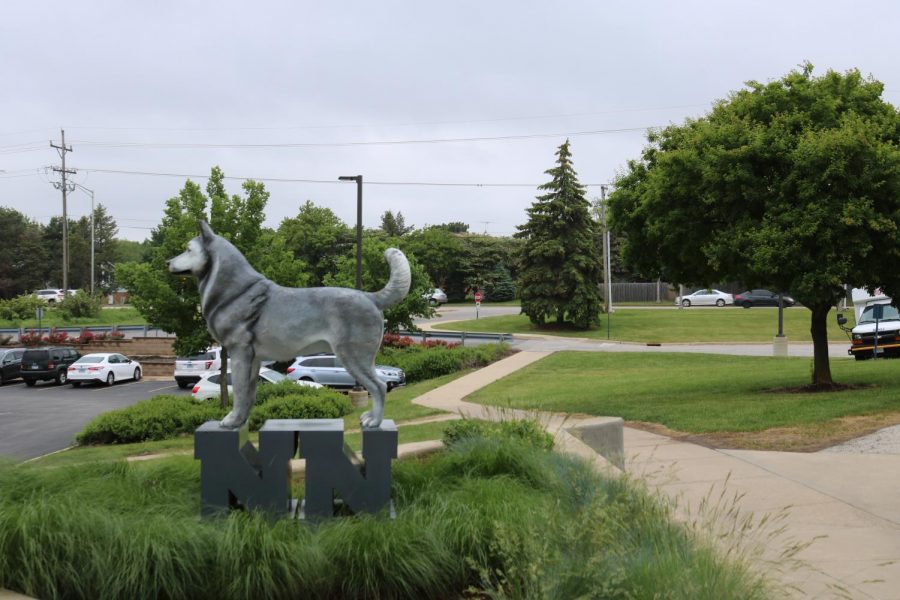 A power outage affecting only Naperville North High School cancelled school for the day on Monday.

District 203 notified the community of the outage around 6:10 a.m. through text messages, emails, phone calls and social media.

“We will keep the Naperville North community advised as to when power has been restored and the building will reopen. Coaches and sponsors will be in contact with teams regarding after school events and practices,” the email said.

North students had questions about the implications of the day off, but many students initially felt relief.

“I was excited just to have a little break, and I texted my friends to get breakfast,” senior Rafe Schroeder said.

After a year of class on Zoom, some students thought it would be a day of digital schoolwork, but teachers did not assign academic work for the day.

“I was wondering if the teachers would push assignments to us on Canvas, but other students told me there was no work,” junior Vanessa Villareal said.

Another major question among students was how long the power outage would last, which the district answered in a press release later on Monday.

“NNHS maintenance personnel were able to restore power earlier today, Sep. 13, and air conditioning and ventilation systems are back in working order,” the statement said. “All classes at NNHS will resume tomorrow, Tuesday, Sep. 14.”

Villareal noticed that the school looked different on Sunday night, a day before the cancellation.

“I drove past the school on my way home from work [Sunday] night and noticed the building was much darker than usual, almost pitch black,” Villareal said.

The district’s statement clarified what happened on Sunday to cause the cancellation.

“The main building and parking lots of Naperville North lost complete power… the power failure occurred somewhere within the main electrical switchgear on the school side of their service,” the district wrote. “The school’s generators provided both data center power and emergency lighting for select areas of the building during the emergency.  The building cooling and ventilation systems, however, were not working for approximately 10 hours.”

Many students wondered if the day off could add a day to the end of the school year. Naperville North was the only school affected, though, so it would likely not impact the entire District’s calendar.

“Is this day going to affect graduation?” Schroeder asked.

Not all North students missed all of their classes. Some Naperville North students who take classes at Naperville Central High School still reported to school today, like junior Marissa Magana, who takes first period Honors College Accounting at Central.

“The teacher sent out a message saying North kids didn’t have to come five minutes before class started, so I was already on my way,” Magana said. “I just went to class. The teacher mentioned the power outage, but not that many people from Central were talking about it.”

Although some unanswered questions remain, North students were glad to have another long weekend.

“We got a day to just chill, so that was nice,” sophomore Ava Morse said.