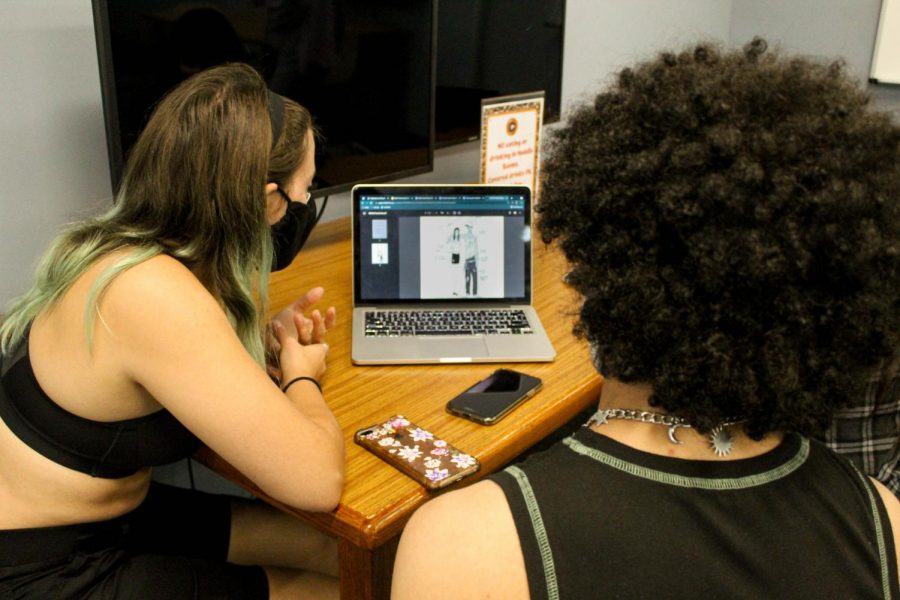 In a demonstration at the end of the first full week of school, students wore crop tops and brought staff attention to issues with Naperville North High School’s dress code.

While the District 203 Board of Education revisited the current dress code a few years ago to make it less biased towards gender, conflicts between its policies and students’ everyday fashion led some students to argue that there are aspects of the code that are still outdated.

Sarah Matus, a senior at North and a primary organizer of the demonstration, thinks that the dress code excessively targets students for something of minor importance.

“I just think it is so unnecessary to put girls on the spot for wearing an item of clothing that might make them feel confident in a time in which we just have such a tumultuous climate, politically and socially,” Matus said.

“We’ve always upheld and enforced the board policy, which our dress code is part of, and for whatever reason the change in fashion and trend triggered something where people were concerned,” Posey said.

According to the 2021-22 Naperville North High School dress code printed in the student assignment notebook, “students must wear shirts with fabric in the front, back, under the sides and under the arms,” and “shirt must touch pants (or the equivalent) all the way around.” Some students have seen disparity between the frequency of female students being held to this standard, as opposed to their male peers.

“The students have brought to my attention that there may still be some work that needs to be done to make it truly non-gendered,” Posey said.

One night before the demonstration, social media posts from North students urged both male and female students to show up to school in cropped shirts to protest the current dress code and number of students being pulled aside. By last Friday morning, students entered the building purposely donning clothing that violated the dress code.

“It’s 90 degrees outside– it’s very hot. [Female students] want to come into this school wearing something they’re comfortable in and not be sexualized for it,” Antoniuk said.

Campbell Metzger, a freshman at North, explained that many of her freshmen peers entered the building on the first day of school expecting that the dress code at North would be more lenient than at their middle school. Despite this initial expectation, she and her peers still aren’t completely caught off guard by the recent events.

“At my middle school there was more of a dress code… a lot of people were happy that there wasn’t as strict of a dress code [at North]. To come to school on the seventh day and find a protest against dress codes, it’s not surprising, just disappointing,” Metzger said.

Metzger’s and Antoniuk’s perspectives reflect the opinions of other North students.

Matus, who met with Principal Posey the following Monday after the demonstration to discuss changes to the policy, explained her embarrassment after being stopped by a campus supervisor for wearing a shirt that showed an inch of her midriff– especially because the exchange occurred in front of a large group of her peers.

“I wore it because I felt confident and comfortable wearing it; I feel as though that’s how every student should feel walking into school,” Matus said. “There should be no problem with that.”

Ryan Nelson, a senior who recently transferred to North, believes that a student should be able to wear what they feel comfortable and confident in.

“Getting compliments on what I was wearing today gave me confidence that really made my day,” Nelson said. “Being called out can make someone self-conscious or uncomfortable.”

In addition to addressing the negative impacts getting dress-coded can have on a student’s self-image, Matus and her peers plan to address other areas of concern with the administration. These will include the overall enforcement of the dress code, stricter regulations on mask-wearing and remaining biases against female students’ clothing.

Moving forward, Matus hopes that, when necessary, students will continue to advocate for themselves and the student body.

“I’m very happy about the [Friday] turnout. The fact that we were able to get both a lot of girls and guys to show up for the movement… I feel very proud, and I feel very unified with a lot of the senior girls who I had not previously really known,” Matus said.