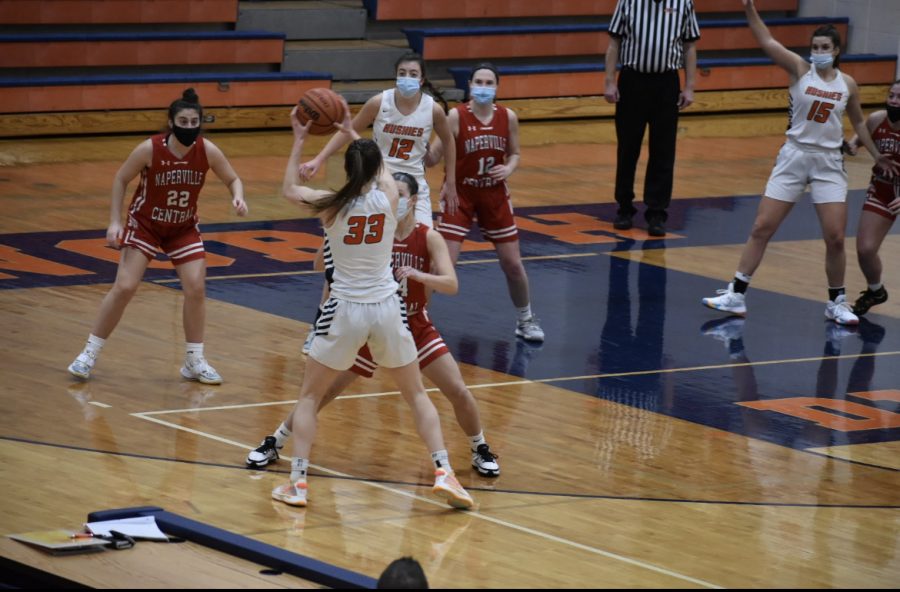 The Naperville North girls basketball team dominated in their final home game of the season against rival Naperville Central.

“Staying in our rhythm and being confident helped us in finding the good shot. I think we did a good job of moving the ball around and finding open shots,” Kampschroeder said.

“It’s bittersweet. It’s going to take some time getting used to not playing at North anymore,” Kickel said.

The Huskies are looking to keep up their drive for their last couple games of the season. Sophomore Abby Drendel hopes they can continue to perform at a high level to close out the season.

“We really are looking to keep up the same energy into the next game and continue to come out strong,” Drendel said.

The Huskies continue their season on March 9 at Metea. The game is scheduled to tip-off at 7 P.M.