A show for good 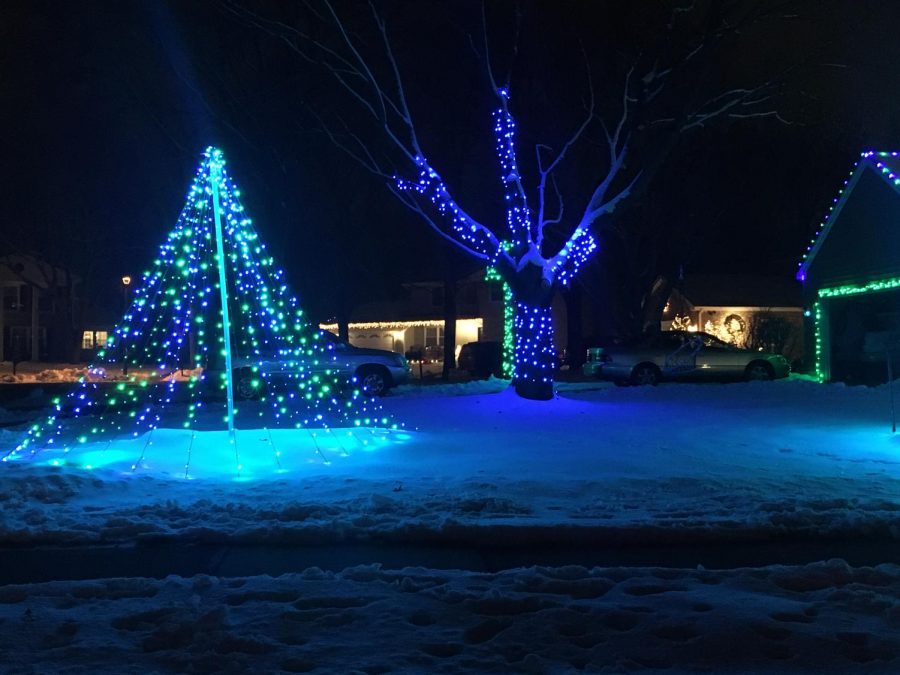 From the time he was a child, Baker became fascinated with everything about lights, from the beautiful scenes they create to the joy they spread. This passion sparked an idea — to create a light show of his own. Fast forward eight years, and a simple way to fund the show turned into the Brookdale Landscaping and Lighting company and the Manchester Lights’s Holiday Show is an annual event taking place during the holiday season that attracts many in the Naperville area.

The show is held at Manchester Court in the Brookdale neighborhood. During the show, visitors set their radio stations to 88.5 FM and drive around the cul-de-sac, enjoying the lights to the tune of the radio’s music. It is entirely free, but visitors often leave donations that go to local organizations.

Even though the added obstacle created by COVID-19 has put many events under stress, the show was easily adaptable and business boomed.

“Visitors stay in the car at the light show,” Baker said. “It is a safe event for families to come and enjoy. Since many other events were canceled due to the pandemic, we have seen a dramatic increase in traffic.”

“Traffic staff is wearing masks. We are now accepting donations online and use tongs to pass out candy canes,” Baker said.

Baker has partnered with different organizations in various ways. For example, Verenia and the Fraternal Order of Police sponsor the show and Naperville police officers help direct traffic. Every year, all the donations gathered are given to a selected organization in the Naperville Area. In previous years, the Manchester Light Show raised funds for charities like the Naperville Humane Society, the Make a Wish Foundation, Toys for Tots and Corey’s Goal. This year, 100% of the proceeds went to the Alive Center, a local teen center.

“I met Kandice Henning at a Young Professionals Network meeting and later on she reached out to see if I would be willing to serve on Alive’s new Ambassador Board for young professionals,” Baker said. “I accepted the offer and decided to select Alive as the beneficiary of the show.”

The Alive Center uses these donations in ways that benefit the teens.

“Matt wanted the money to be used in a way that would have a direct impact with our teens,” Margot Wagner, who works at the Alive Center, said. “We could have used it for payroll or for rent, but he really wanted it to have that direct impact on them. A lot of the time we use it to update materials or supplies that we need, things that the teens use on a day-to-day basis.”

The light show brings joy and fun to Naperville. Many attend the show and others work behind the scenes, collecting donations, running music and recording the lights.

“It’s a pretty large production and to keep it running is amazing,” Wagner said.