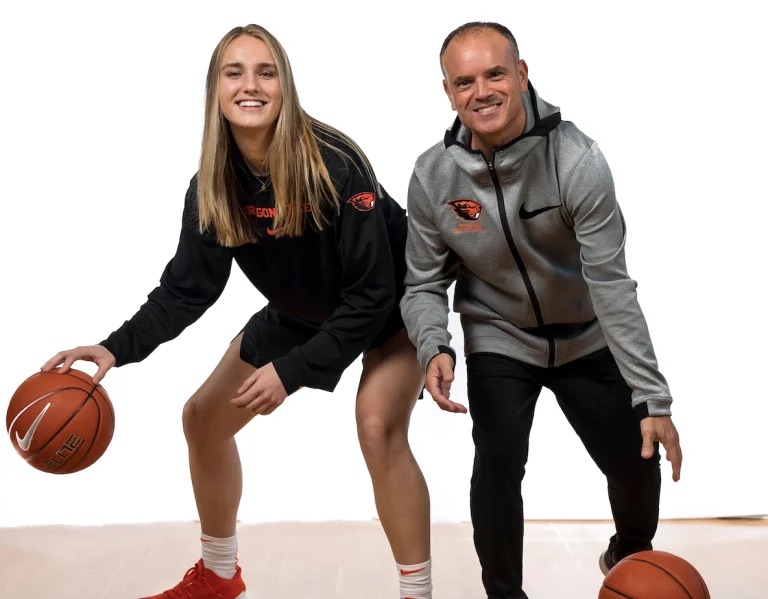 Naperville North senior Greta Kampschroeder has had a high school basketball career that is nothing short of astonishing.

At North, Kampschroeder has been a captain on the women’s basketball team since her sophomore year, is a two-time All-State First team recipient and was named the DuPage Valley Conference Player of the Year in 2019 and 2020. During her junior season, Kampschroeder averaged 17.2 points, 8.8 rebounds, 2.6 assists and 2.2 steals per game. With her senior season still to come, Kampschroeder has already exceeded 1,500 career points. Nationally, Kampschroeder is the thirty-second ranked prospect in the class of 2021, according to ESPN.

Now, Kampschroeder is looking to continue her athletic and academic success at Oregon State University. The Oregon State Beavers, who made it to the Final Four in 2016, are currently ranked 15th in the nation on the AP poll.

Kampschroeder credits her parents, Brad and Amy Kampschroeder, who played basketball at Kansas and Valparaiso respectively, for being major stepping stones to her success. With her parents help, she  analyzed all the playing and coaching styles  of her top college choices to see where she would fit within the team.

“Without their help, the process wouldn’t have gone as smooth as it did,” Kampschroeder said.

When searching for schools, Kampschroeder was not only looking for her best fit on the court, but in the classroom as well. Although the process was stressful, Kampschroeder refused to rush her decision. She met with advisers and coaches before making her commitment.

“I had to get every piece of information in order to make my decision,” Kampschroeder said.

Kampschroeder’s top three options included the University of Iowa, Oregon State and Stanford; all three schools were actively recruiting her. . She admits that there were times when she was caught in a crossroad between specific parts of two schools.

“Both Oregon State and Stanford both have great engineering and product design programs, which is probably what I’m going to go into,” Kampschroeder said.

After touring the facilities and the campus at Oregon State, Kampschroeder decided that she would fit best there.

“Oregon State just felt right because of the people that I would be surrounded by and the opportunity I had to succeed there as an athlete and a student,” Kampschroeder said.