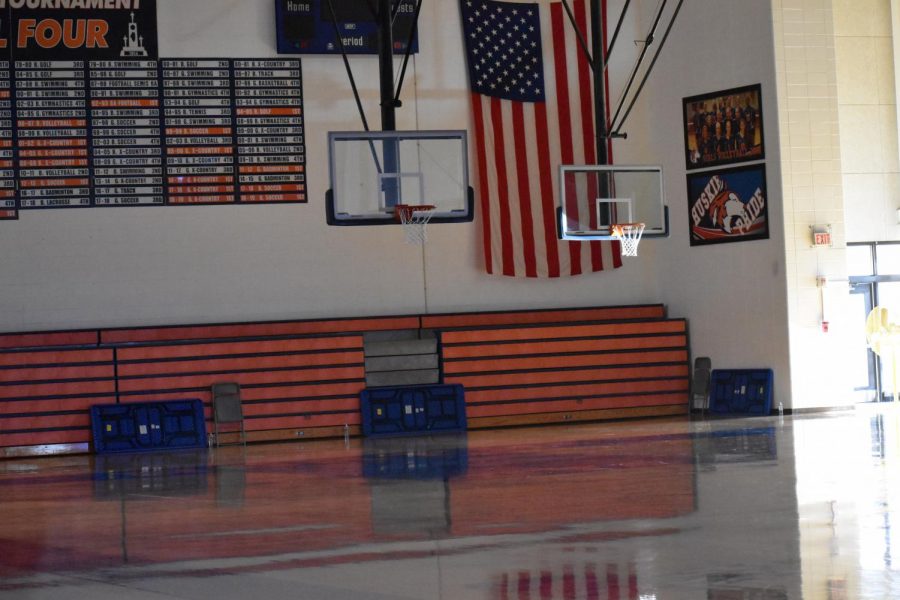 On Tuesday night, the Illinois High School Association released a statement  announcing that all winter sports are temporarily paused until further notice.

Sports including boys and girls basketball, boys and girls bowling, boys swim and dive, cheerleading, gymnastics and dance are all suspended from practicing due to the spike in COVID-19 cases in Illinois and Governor J.B. Pritzker’s new restrictions. The IHSA came to their decision after the governor and the Illinois Department of Public Health declined to attend a board meeting with them on Thursday.

Pritzker and the IHSA Executive Board have previously disagreed about the risk levels regarding basketball. The governor classified the sport as “high risk,” while the IHSA wanted the decision to be up to the school districts themselves. As COVID cases rose, Pritzker moved the state of Illinois into mitigation tier three, meaning that there will be much stricter guidelines for all indoor services.

“Pritzker placed athletics and activity participation for both youth and highschool in a restrictive state where starting Friday morning at midnight we can no longer participate in indoor athletic events,” Naperville North Athletic Director Bob Quinn said.

The constant changes to the basketball season have affected the players more than anything. Senior varsity basketball player Emily Dulik described the downfall of her senior season and how it has reflected itself onto her attitude this year.

“I was very upset because it’s my senior year and the group of girls we have are just amazing,” Dulik said.

Though COVID-19 case numbers are looking grim, the winter sports are expected to resume when metrics lower. Students are trying to remain hopeful that things will return to normal and adapt to the new changes affecting their season. Senior varsity basketball player Grant Johnson is optimistic that his team can overcome the challenges they’re facing.

“It’s beginning to become frustrating a little bit, but I think as a team we are so close that no matter what happens to the season it won’t affect the comradery that we have,” Johnson said.

The IHSA will reconvene in two weeks to review possible adjustments they can make to their current plan.