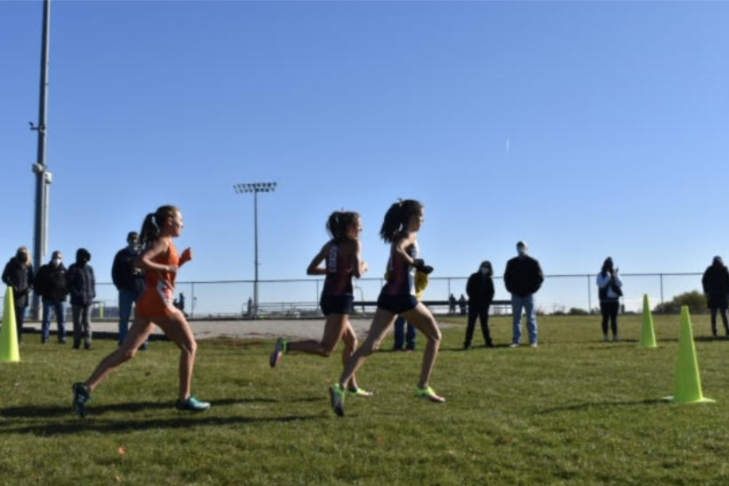 The Naperville North varsity girls and boys cross country teams came out on top at the Regionals meet at Oswego East High School on Saturday, Oct. 24.

The girls furthered their successful season by getting a perfect score of 15, having their top five runners place first through fifth. Senior Maggie Gamboa placed first overall with a time of 17:50.9. The boys team received a score of 63 with senior Julian Head placing third overall with a time of 15:22.1. Senior Tommy Paltzer was proud of his team for working together even through their individual races.

“I think we really did a good job of keeping the races individual but also keeping the rest of the team in mind,” Paltzer said.

Though the season may look different, the teams are still trying their best to support one another and stay strong through the finish line. Senior Campbell Peterson is proud of her team for sticking together through this difficult season.

“I think as a team we did a really good job of pushing ourselves throughout the race even though we weren’t actually running together,” Peterson said.

Different than previous seasons, this year, the seven top runners from every school were broken up into three separate races based on their speed. Times are compared between the three races to figure out overall placement The smaller groups of runners increases social distancing during the races.

Girls varsity Assistant Coach, Dan Billish, is pleased with his team in many ways. He is especially proud of them for doing the best with what this year has brought them and believes that the girls did well under the new conditions they were placed under.

“I’m sure the girls are looking to improve on some element of the race today but from the coaches perspective, they ran extremely well under the new race format,” Billish said.

Both teams will continue their season at Lincoln Park hosted by Whitney Young High School on Oct. 31 for the Sectionals meet. The time has yet to be determined.