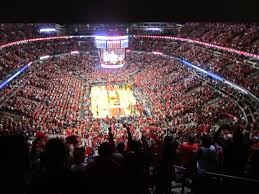 The Chicago Bulls are a franchise with a rich history, including arguably the greatest dynasty and the greatest player of the modern era. The Bulls’ dominance started when Jerry Reinsdorf, a former tax attorney, bought the Bulls in 1985. Since then, there have been two management regimes, and three total changes in General Manager until now. The first one was firing Rod Thorn and adjusting the front office so that it was led by Jerry Krause. Once Krause stepped down for health related issues John Paxson took over, and now, the Bulls have made a great hire in Artūras Karnišovas because of his very strong track record, relationship with players, and success in the past.

Following the Bulls’ last championship win in the 1997-98 season, there has been a lot of lackluster performance. Since that victory, the Bulls have not made it back to the status that was expected of them in the 90’s. Which has been disappointing for fans, to say the least.

There is a lot of blame to go around. Players, coaches, general managers, owners, trainers, doctors — they have all played a part in the lackluster performance of the Bulls. Ultimately, the blame starts at the very top with Jerry Reinsdorf, and his decision to allow Jerry Krause to rebuild right after the Bulls’ sixth championship in eight seasons. Jerry Krause and the players, and Phil Jackson, the head coach at the time, did not get along.

There is also the issue of Jerry Reinsdorf not renegotiating Scottie Pippen’s contract. Scottie Pippen is a top 50 player of all time, a Hall Of Fame player, and if he did not play with Michael Jordan he would have been an MVP.

Jerry Krause stepped down in 2003 and then handed the reins to John Paxson, a beloved player for the Bulls. Paxson secured his legacy when he made a shot to seal the victory in 1991 against the Los Angeles Lakers, which won the Bulls an NBA title and kick-started their dynasty.  Then in 1993, he made the game-winning three point shot in game six against the Phoenix Suns to win the Bulls their third championship in three years.

Throughout the John Paxson era, the Bulls have been up and down, with most of it being down. This was highlighted when Gar Forman took over as general manager after John Paxson had a physical altercation with the head coach at the time, Vinny Del Negro, over a dispute where he played Derrick Rose too many minutes.

Gar Forman is different from John Paxson. They  both failed to bring a champion to Chicago, but Gar never played for the Bulls. There have been a lot of problems between the Bulls players and Forman. Joakim Noah, a Bulls legend, said he will not go near the organization because of Forman. The trainer for Jimmy Butler, a former All-Star for the Bulls said that he “has met drug dealers with better morals.” Butler’s trainer also said that the Bulls had the “worst culture in the league.”

With all of this, it was obvious that the Bulls’ front office needed change. Bringing in Artūras Karnišovas, previously the general manager for the Denver Nuggets, is huge for the Bulls, and the NBA as a whole.  It is no secret that in recent years the NBA has had declining ratings, partially due to two of the biggest markets and brands not being what they used to be, those being the New York Knicks and the Bulls.

Karnišovas can help change this. He had a huge part in building the Denver Nuggets, a small market team that can’t draw huge free agents like LeBron James, Kawhi Leonard, or Kevin Durant. In fact, they are a team built almost solely through the draft, something the Bulls have struggled with in the past.

Artūras Karnišovas was originally a Lithuanian basketball player. He won two bronze medals in the Olympics as well as European Player of the Year in 1996. He then worked in the NBA’s basketball operations office from 2004-2008. After that, he was hired as an international scout for the Houston Rockets for five years. He was then hired as the assistant general manager for the Nuggets in 2013, and later promoted in 2017 to full time general manager. He has a lot of experience with basketball and front offices around the league. He knows how to win, and that is what the Bulls need more than anything.

His work with the Nuggets is what makes me excited as a Bulls fan. He drafted borderline all-star Jamal Murray, and most importantly NBA superstar Nikola Jokic. He has an eye for international players and even college players like Jamal Murray. He put together a championship contender piece by piece in Denver, and I am confident he can do the same in Chicago.

He has made a few small moves so far, and I liked every one of them. For Bulls fans, that was like a holiday. He now hired JJ Polk from the Pelicans. Polk is a well-regarded executive and he was brought to Chicago for his knowledge of the salary cap, as well as studying law at the University of Illinois. He also hired Pat Connelly, another well-respected executive who was brought in to focus on player development.

I could talk about what Karnišovas has done everywhere he has been, but the most important part is what he will do with the Bulls. The Bulls have needed a change for a long time, and it is easy to see that Karnišovas wants to change the culture, and bring winning basketball back to Chicago. Firing Gar Forman was a start, and the facelift of the front office will hopefully change the success of the Bulls. For the first time in a long time, I have optimism, and I can’t wait to see what he does.