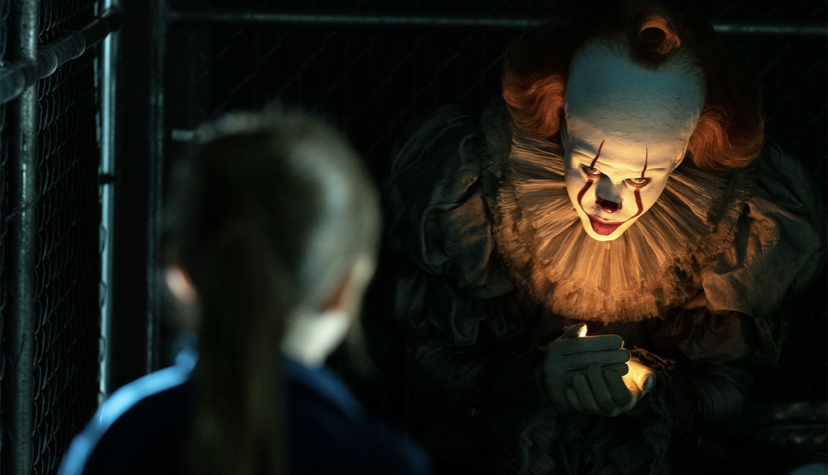 Sweet, terrifying, and extremely long, It: Chapter Two lives up to expectations, while also distancing itself from the previous installment. The film is its own creation, inside and out.

Heart pounding. Stuttering. Shaky hands. Running. Twenty-seven years after “defeating” Pennywise, the Losers aren’t taking their return to Derry too well. Once young children, Bill, Richie, Bev, Ben, Eddie and Stanley receive a call from Mike that It is back and as deadly as before. Strengthened by their original promise, the whole crew reunite to conquer It once and for all. Or so it would seem.

Needless to say, It: Chapter Two is positively star-studded. Starring Academy Award Nominee Jessica Chastain, Golden Globe Nominee James McAvoy, and famed SNL alum Bill Hader, just to name a few. The beloved child actors from the first film also made multiple appearances, rounding up an already terrific cast of actors. The film is directed by Andy Muschietti, whose previous works include the 2017 remake of It and Mama, another critically-acclaimed horror film.

The most noticeable flaw with this film is, quite frankly, the length. Running at a whopping 2 hours and 49 minutes, It: Chapter Two seems to drag on and on and on. And on. Given the length, it would be reasonable to assume that every single loose end would be tied up, right? Not necessarily. Although, much like the first installment of the franchise, there is (generally) a good grasp of continuity in regards to the plot, there are still some major questions that are left unanswered.

As is common for many films in the same genre, it is hard to balance the need for a comprehensive plot and keeping the horror at a high level, and time and time again we see movies play into the “scare factor” rather than having a good plot. Overall, the film does a good job with weaving in classic jump scares and sappy character moments, which is what makes it so appealing, despite the length. All of the Loser’s Club is as charming as 27 years prior, and the adult actors tasked with taking on the roles of the widely-loved children did a great job of keeping their original essence, while also, of course, acting in a more mature manner.

The movie is much scarier and more disturbing than its predecessor, with much more advanced special effects to make It seem even more real. They exchange excessive, cheap jump-scares with genuinely terrifying, prolonged scenes. This film is refreshing, distancing itself from quintessentially 2010’s horror films categorized by copious amounts of blood and gore, rather than authentic fright.

It: Chapter Two barely catches its steps before vaulting into unknown, new territory, so we would highly recommend that viewers watch the first film before seeing the second installment. As with many horror movies, this film is not for young or sensitive viewers. Warnings for the film include: heavy profanity, brief nudity, vomiting, gory violence, and flashing images. For those willing and capable of viewing intense terror for prolonged periods of time, It: Chapter Two offers a journey home that you don’t want to miss.