Council members plan to discuss a nonbinding referendum on the issue 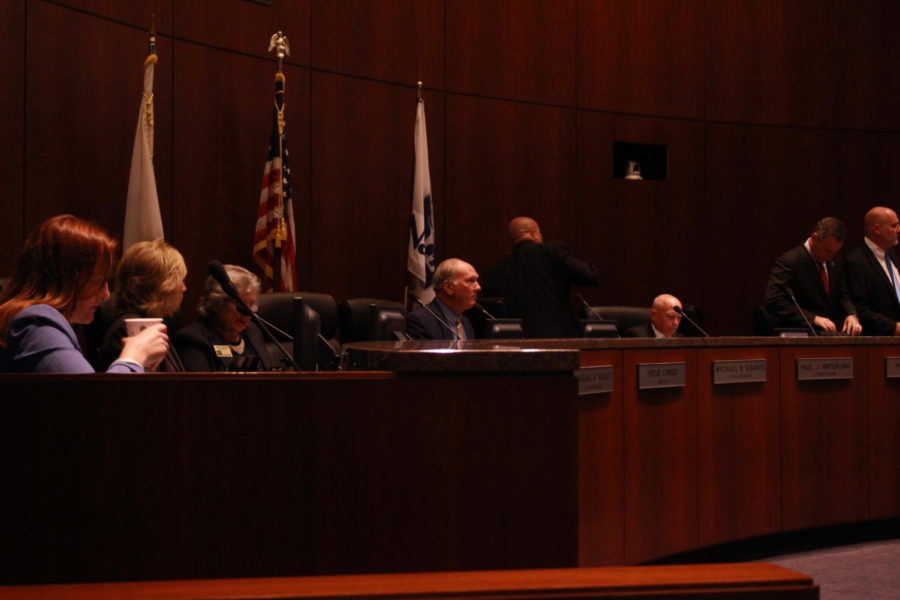 In a 6-3 vote, the Councilors also discussed a possible referendum on the issue.

Late Tuesday evening, the Naperville City Council voted 6-3 to opt-out of recreational marijuana dispensaries within city limits. In addition to opting out of dispensaries, the council may put the issue to a referendum.

Councilman Kevin Coyne’s motion passed after over 200 speakers voiced their opinions at the meeting, a majority of which advocated to opt-out. Council members said the large outpouring swayed their vote.

“To opt in at this point would be to ignore what appears to be possibly the largest resident outpouring on any issue, certainly since I’ve been around, but maybe in the history of the town,” Coyne said.

Medical marijuana will still be sold in Naperville, and city residents over 21 years of age can buy recreational marijuana from licensed dispensaries in surrounding cities starting Jan. 1. In the 6-3 vote, Mayor Steve Chirico and councilwomen Theresa Sullivan and Judith Brodhead voted against the motion. The marijuana vote has ignited passions throughout Naperville — the differing opinions of citizens and councilors alike caused multiple meetings to be filled with back and forth debates over the policy. One of the handful of speakers advocating for opting in, Joy Grainge, said Tuesday night that a retail cannabis store would enhance the quality of life in Naperville.

“It will diversify our offerings to residents and guests. This is what the best communities do,” Grainge said.

A powerful voice in favor of prohibition was the group Opt Out, which is comprised of Naperville citizens against marijuana dispensaries in Naperville. Many members of the group spoke at previous City Council meetings or took part in rallies at Naperville parks. Dozens of supporters were at the Tuesday meeting, including their organizer Jessica Taylor.

In June, Gov. J.B. Pritzker signed legislation that will permit recreational marijuana use in Illinois, but gives cities the right to opt-out on sales. In accordance with state law, dispensaries must be regulated and inspected by the state government, and all sales will be taxed to create state revenue. Naperville Central High School junior William Ma spoke Tuesday night, advocating for patience over impulse in the decision making process.

“Opting out doesn’t necessarily mean giving up revenue forever,” Ma said, “We can see the effects of dispensaries in neighboring communities, and if there truly is no harm, then we can consider allowing dispensaries in Naperville in the future.”