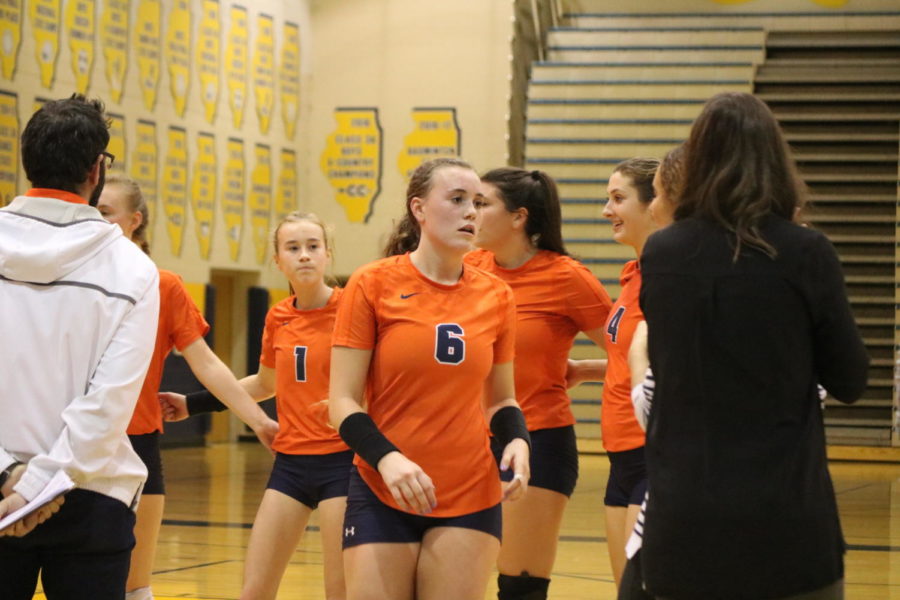 After splitting the first two sets, the Huskies found themselves down 13-7 before coming back and bringing the deciding set within a point at 24-23.

“I think that we started to pull together as a team and we decided that we weren’t going to let any dumb points score and we were going to go out swinging and I think that’s exactly what we did,” senior Grace Selman.

Unfortunately for the Huskies, they weren’t able to capitalize on the comeback, giving up a couple of points on out-of-bound plays that ended the match.

“We went out as hard as we could and went out on [a couple of] strong, aggressive plays. Yes, they were out, but they were out by inches,” Selman said. “I think we took a few too many mental breaks and we have to come back stronger tomorrow.”

The Huskies will continue their season tomorrow night at home against the Waubonsie Valley Warriors (12-6, 1-2).