Everdine’s dishes out a new take on grilled cheese 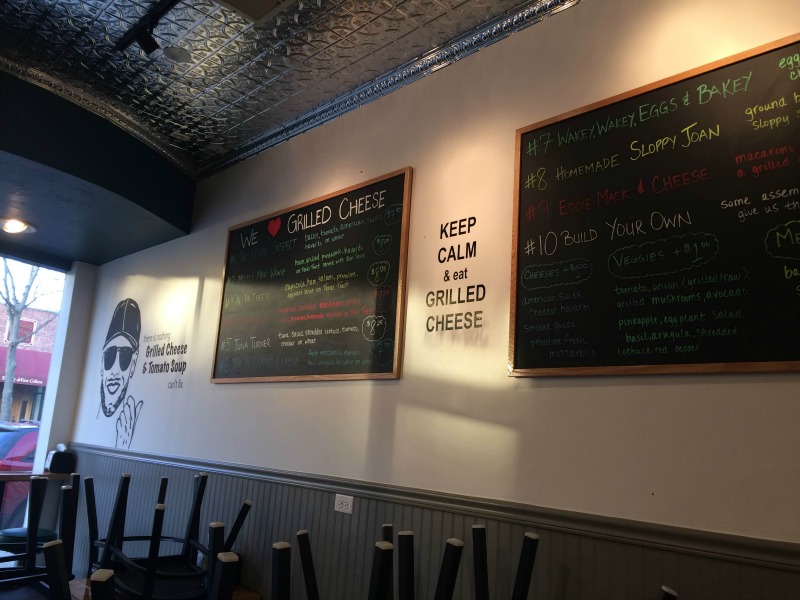 Downtown Naperville got a cheesy surprise on Jefferson Avenue on Wednesday, Nov. 16 with the opening of Everdine’s, a new restaurant.

Naperville natives Brian and Kelly Herkert started experimenting with grilled cheese and soups nine months ago. Both have experience in the food industry and a dream of owning their own restaurant. Co-owner Kelly was thrilled when dream to come true.

“When we found out space was on Jefferson was available, we figured now is the time,” she said.

Everdine’s, named after the couple’s three and a half-year-old daughter, has been taking Downtown Naperville by storm. With nine handcrafted choices plus a “build your own” option, residents love the new addition to the downtown area. According to NNHS senior and Everdine’s employee Jake Diaz, it holds a family friendly atmosphere for customers and employees alike.

“It’s such a fun environment and the staff and my bosses are amazing,” Diaz said.

Despite the business’s immediate success, setbacks have occurred since opening. On Nov. 17, Everdine’s closed early due to a shortage of bread and mac and cheese. Kelly laughs about it now and focuses on the things she is most excited for this business.

“We just want to get to know our guests and make sure everyone has an awesome experience,” Herkert said.